Biofouling potential of commercial ships in the Baltic Sea Region

Introduction of nonindigenous species (NIS) into a new environments is now identified as a major threat to the world`s seas and oceans biodiversity. These species are transported out of their native habitats mainly by ships, either in ballast tanks or on the hulls to which they attach. Hull`s biofouling is considered to be primary vector responsible for introduction of NIS. In the environments they are introduced to, in addition to threatening biodiversity, NIS can also have a negative impact on economic stability of the industries that depend on the coastal and marine environment. Due to this information about ship traffic and the size of hull surface that can be potentially biofouled, can be used by stakeholders and authorities for developing management strategies to minimize the NIS introduction risk. Furthermore, obtained data might be highly relevant for the waste management of hull cleaning services in the Baltic Sea Region (BSR). Thus, it is important to estimate the biofouling potential of ships entering and operating in the Baltic Sea.

As part of the COMPLETE project, the assessment of the biofouling potential of commercial ships, i.e. the hull surface that can transmit NIS from outside and inside the BSR in 2018, was carried out by the University of Gdańsk. The research was based on the Wetted Surface Area method (WSA)[1], where calculations were carried out on the basis of vessel type, the total length, average moulded draft, breadth, and hull coefficients, the number of vessels arriving during a particular time period, and geographic location. Input data was shared by European Maritime Safety Agency (EMSA). 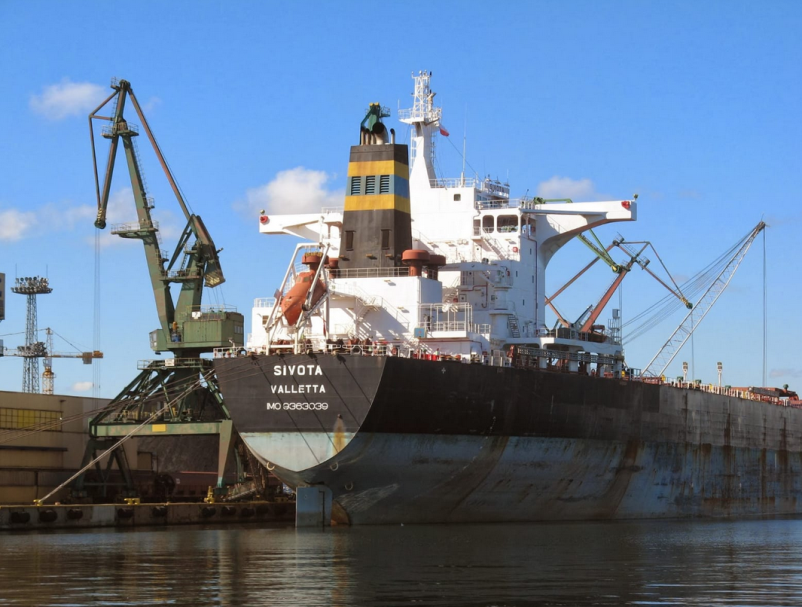 The total number of ships entering the Baltic Sea ports in 2018 was above 155 000, of which ca. 82 % came from other Baltic Sea ports. Total biofouling potential of commercial ships entering the Baltic Sea was estimated to be over 656 km2 of underwater hull surface. The highest biofouling flux was observed in Swedish and Finnish ports with 31% and 28% of the total estimated WSA, respectively, whereas the lowest in Germany, Lithuania, and Latvia (Fig.1.).

Fig.1. WSA flux of ships coming from inside and outside of BSR.

Cargo and roll in/roll out ships dominated, both in the number of vessels entering the ports as well as biofouling potential of ships coming to Baltic Sea ports from outside and inside of the BSR.