Keep the Archipelago Tidy Association (KAT) is a Finnish environmental organisation for boaters and all those travelling in and around Finnish waterways. The association was established in 1969 and it serves the archipelago and coastal regions, as well as the network of lakes in the Finnish Lakeland region. The activities of the association are diverse and concrete, ranging from environmental maintenance and educational work to national and international project work. Projects often concentrate on issues concerning boating, marine litter, eutrophication, and the influx of harmful chemicals in the Baltic Sea.

In project COMPLETE, KAT has had the pleasure to be involved in developing a sampling protocol for the leisure boating sector, as well as a document of recommendations to minimise the risks of spreading non-indigenous species, mostly through biofouling, in leisure boating. KAT also showcased the project during the boat fair in Helsinki in 2020.

The sampling protocol has seen several steps in its development, from its initial planning with partners to the testing of the protocol. The main task was to develop a sampling protocol that could be used by scientists and authorities, and to some degree by marinas themselves. The planning procedure led to a protocol with three parts: 1) a questionnaire for analysing initial risks by addressing the everyday leisure boater 2) sampling through settling plates to give an overall picture of the taxonomy of biofouling organisms (and hence the presence of non-indigenous species) in the marina basin, and 3) post-seasonal sampling of leisure boats through scraping samples of the hull and other areas of the boat.

The protocol was tested in Finland during the summer of 2018 in three different marinas, except for part 3) of the protocol, which was tested in a nearby marina close to KAT headquarters in Turku. The samples from marinas and boats were analysed under a microscope together with the Finnish Environment Institute. The findings gave a good glimpse into the potential risk that marinas represent concerning the spreading of non-indigenous species. Although only ten leisure boats were sampled after the boating season, all of which were treated with antifouling paint, non-indigenous species were found lurking in the specific parts of the boats among other species. Barnacles were found wherever paint was not applied, and, to add to the mix, Sinelobus vanhaareni, a non-indigenous species, was found hiding between and inside the barnacles. These preliminary findings show that leisure boats might quite easily function as vectors in the spreading of non-indigenous species.

Through a simple methodology, the protocol offers a way to map the risks for NIS introductions represented by specific marinas. It allows marina owners, together with environmental authorities, to survey and report findings to take further precautions if needed. 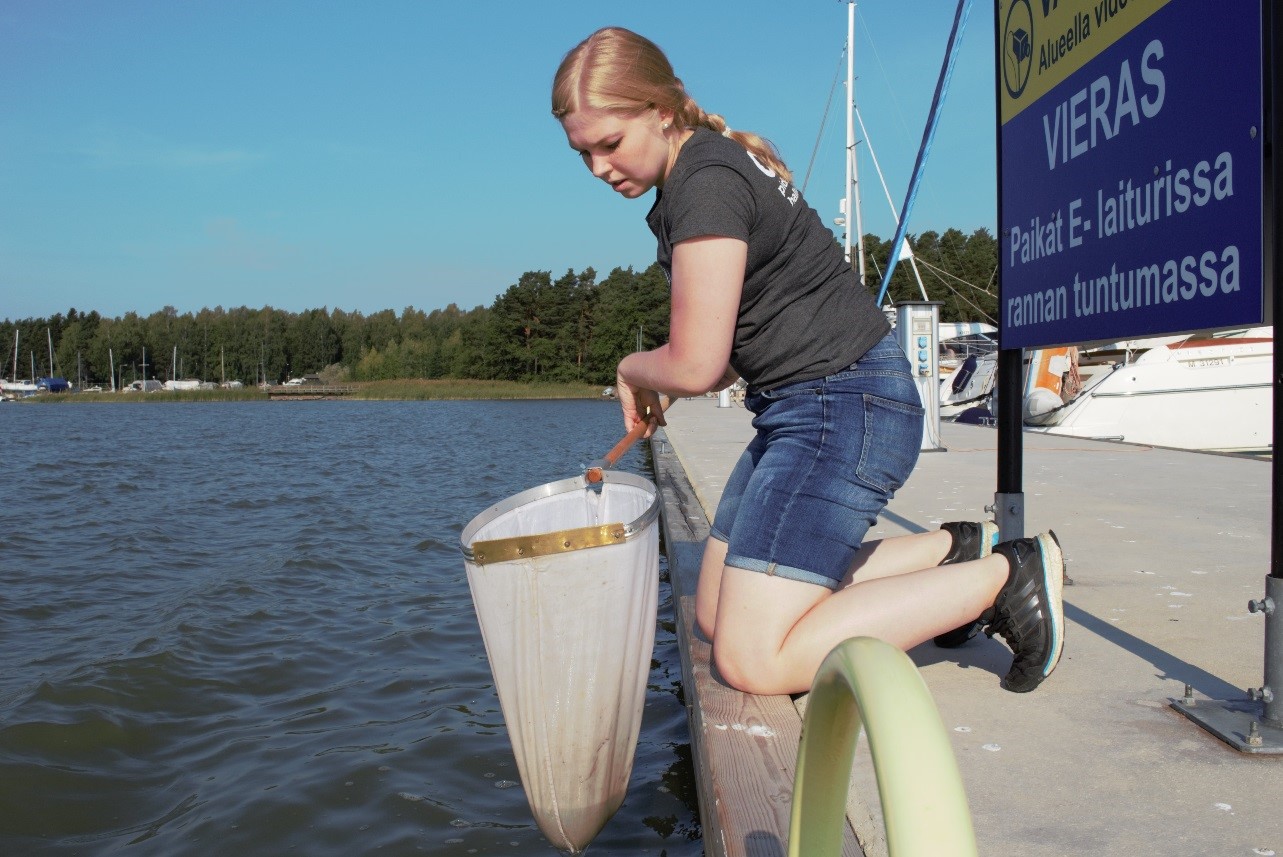 Taking scraping samples of different structures present in marinas is included in the protocol. 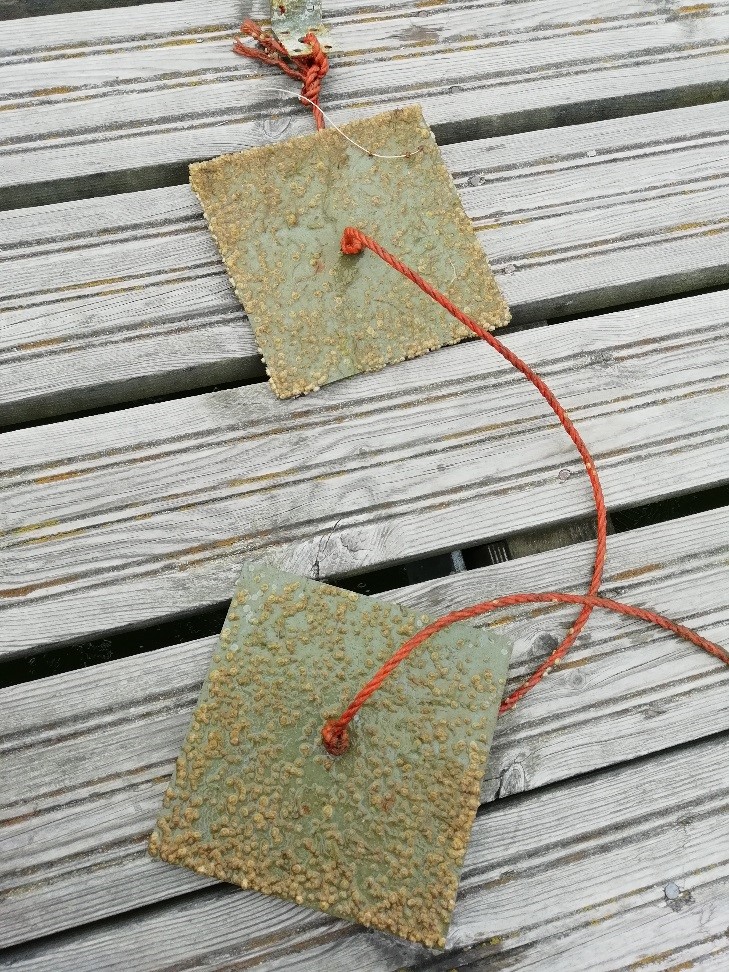 Biofouling on the panels in Hanko at the end of summer. 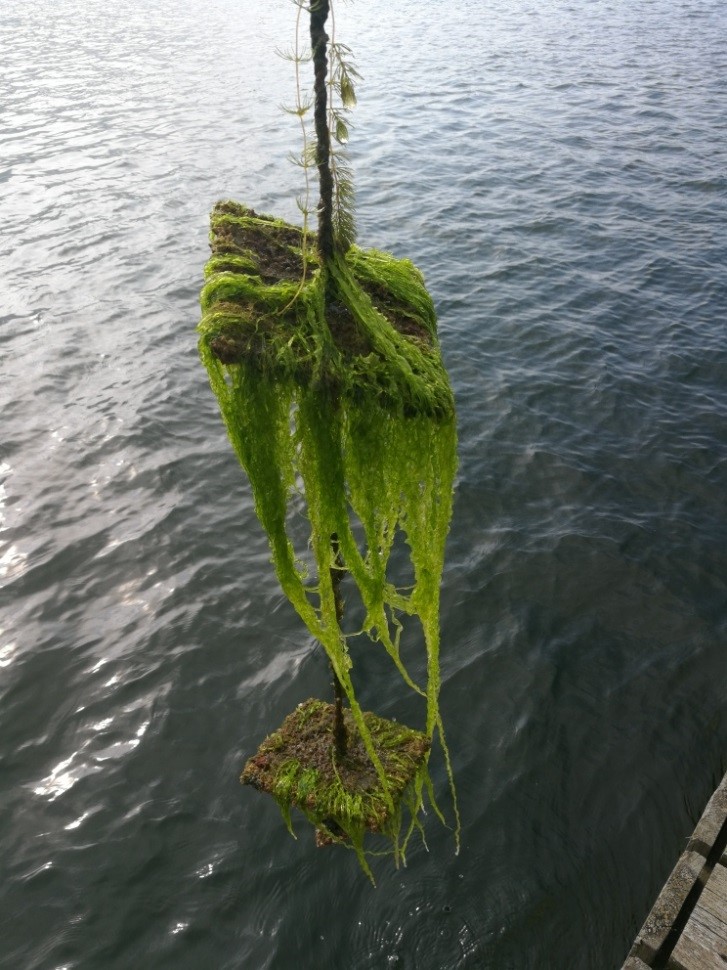 Biofouling on the panels in Kasnäs at the end of the summer. 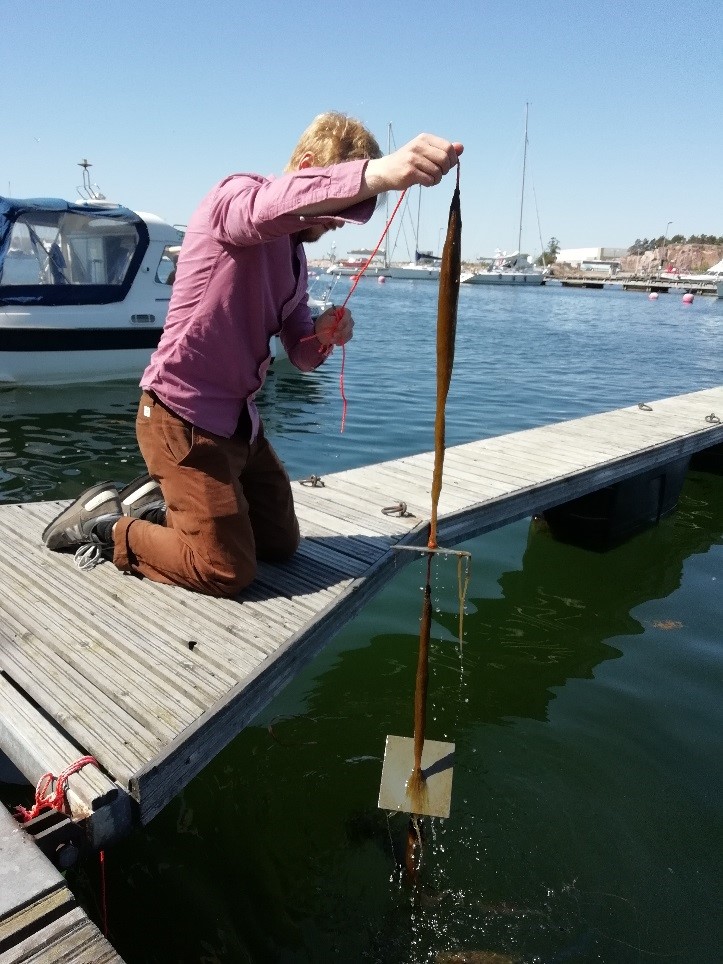 Taking up the biofouling panels in marinas. 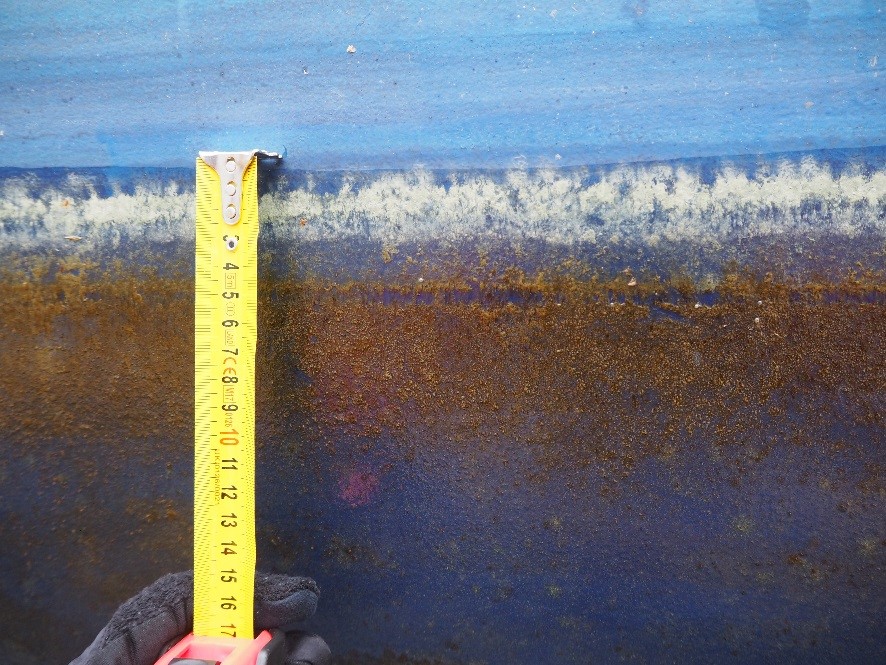 Scraping samples were taken of 10 boats after the boating season 2018.