Many databases on the registration of non-indigenous species (NIS) were developed within short-term national or regional projects and disappeared shortly after the end of the project. To avoid this problem, it was decided, as early as during the planning of the COMPLETE project, that instead of creating a new NIS database from scratch, we will use and further advance AquaNIS, an information system on aquatic non-indigenous and cryptogenic species. This system was developed during the course of an EU FP7 project VECTORS, and inherited data from many previous European, regional, and national projects. Thus, the COMPLETE project uses an existing platform to assemble, store, and disseminate biological data, especially on newly arriving NIS, which may become harmful aquatic organisms and pathogens (HAOP).

Currently, the system contains the most up-to-date and free-to-access data on nearly 1,670 NIS involved in more than 5,500 introduction events within the Baltic Sea, neighboring regions (the North Sea and OSPAR region), and other regions of the world. Such global coverage helps to better solve the problems associated with the introduction of marine invasive species in the Baltic Sea.

Due to the COMPLETE project, AquaNIS is used to store metadata on molecular markers of HAOP, to select likely biofouling organisms based on accumulated world-wide knowledge and a record of data f‌rom potential biofouling estimation, to aid in the identification of target species, the required biological information for granting exemptions under the HELCOM/OSPAR Joint Harmonized Procedure (JHP) tool. In the course of the project, an operational link was established with JHP maintained at the HELCOM server.

An Early Warning System (EWS) on findings of HAOP in the Baltic Sea was technically implemented as a new functional module in AquaNIS as an outcome of the COMPLETE project. The EWS is aimed at minimizing the uptake of ballast water which could be harmful for the recipient port or area and reducing the risk of spreading HAOP. The system uses an algorithm which is based on the screening and analysis of all data collected in AquaNIS to produce a warning signal to port authorities and mariners in case if an HAOP is recorded in a port. The EWS has been one of the items for the national discussions which have been held during 2019 with key stakeholders, and it was also one of the key themes during the stakeholder conference in Jurmala on 04–05 December 2019. EWS was also presented at the TG Ballast 10-2019 meeting in Tallinn in December 2019.

Homepage for AquaNIS, the information system used and developed by COMPLETE. 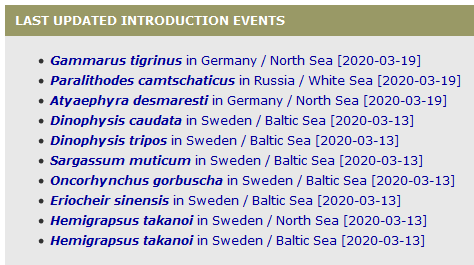 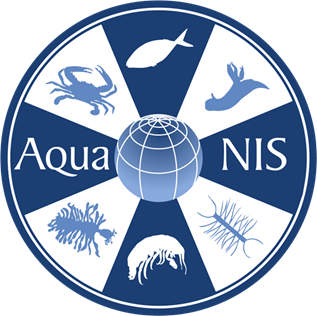