On-board measurements for the COMPLETE project continued in summer 2019

The biofouling of ships is one pathway for non-indigenous species to spread to new areas. As biofouling increases the resistances of ships, the operating costs for shipping will rise. One of the goals of the COMPLETE project is to clarify and measure the effect that biofouling on immersed hull structures has on towing resistances, emissions and fuel consumption.

In summer 2018, passage data was collected by the researchers of South-Eastern Finland University of Applied Sciences on two ROPAX liners of Finnlines Plc. operating between Finland and Germany (M/S Finnmaid and M/S Finnstar). Fuel consumption, draught, trim, speed over ground, propeller pitches and rotation speeds of shafts were recorded during the voyages. Furthermore, gaseous emission measurements on the main engines were carried out in two sessions, in May and August 2018.

In summer 2019, the data collection has continued. Passage data has been collected from Finnlines Star-class ROPAX vessels, but besides that, also from two RORO-ships M/S Serenade (Tallink Silja) and M/S Gabriella (Viking Line) operating between Helsinki and Stockholm. This line is quite interesting, because the water in the harbors of Helsinki and Stockholm is fresh and nutritious. In addition, these ships normally spend one day stationary in the ports. According to the staff of the ships, this is also reflected on the level of biofouling: the growth of organisms is clearly higher on that side of the ship which is facing the sun when moored.

The results of these measurements will be published when the project is finished and utilized also in the modeling work carried out by the COMPLETE project for choosing optimal antifouling strategies.

Big data analysis is becoming increasingly important for both business competitiveness and environmental issues. The COMPLETE project implements this approach to prevent the spreading of harmful aquatic invasive species. 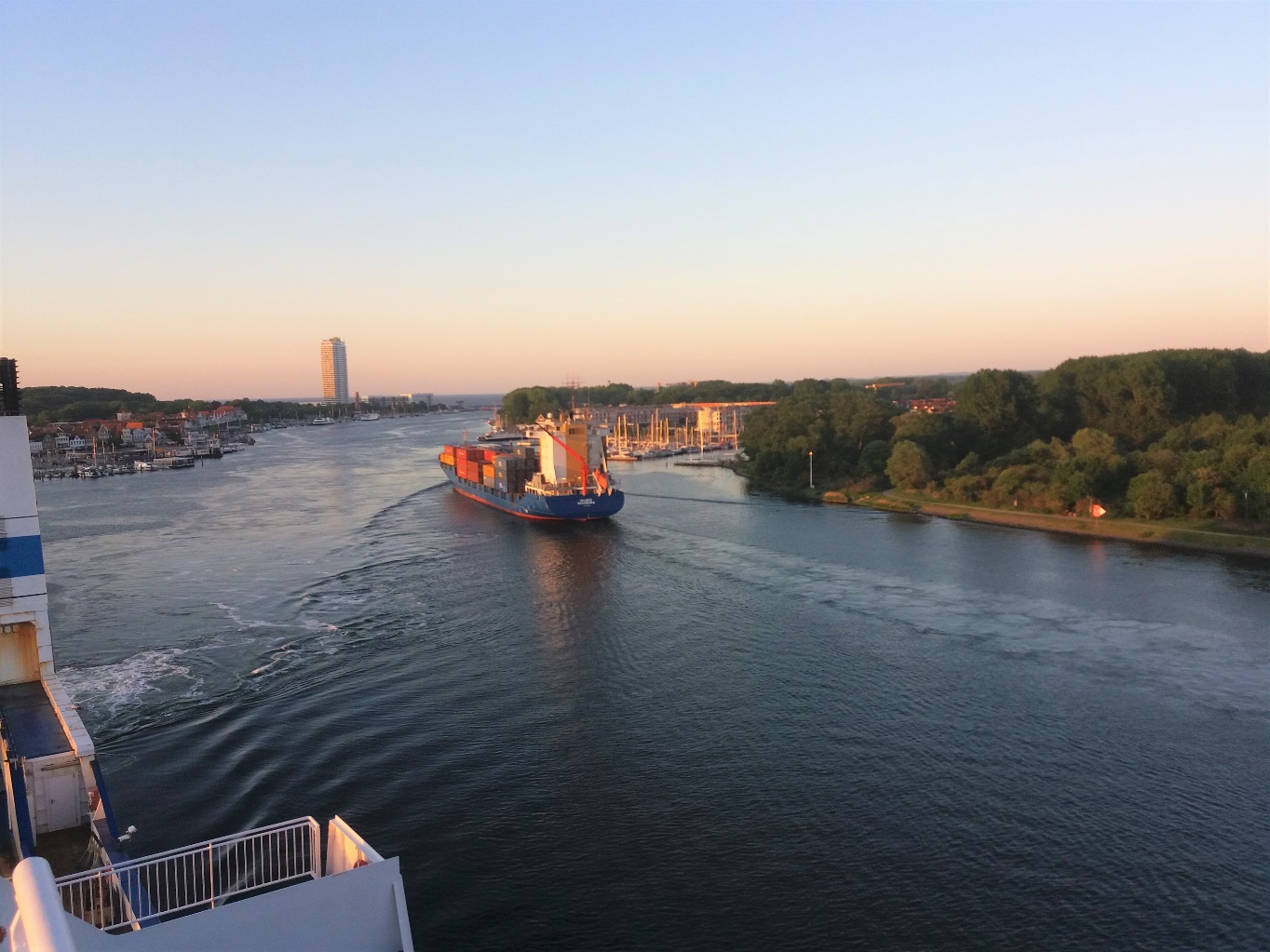 View from M/S Finnmaid on 29 May 2018 arriving in Travemünde. Photo: Elias Altarriba/XAMK.