Each year, when the sailing season in the Baltic Sea comes to an end, scientists start to search for marine organisms brought here by different boats. Since biofouling is one of the ways in which small organisms travel to different regions faster than they naturally could, scientists are interested in finding out which species have been successful in the past summer. The goal is to understand the pathways of different species, estimate their growth in specific ports and find suggestions for more efficient antifouling systems.

Sailors and leisure boat owners can support the scientists’ efforts by letting them take samples from boat hulls or by filling out a questionnaire.

In order to inform sailors about biofouling and other environmental issues affecting the Baltic Sea, the COMPLETE project scientists took actively part in various events during the sailing season.

Ecological issues were highlighted at the Gulf of Riga Regatta held on 25–29 June 2019 where coast-themed lectures took place in the ports of Kuiviži (Latvia) and Kuressaare (Estonia). “The Gulf of Riga Regatta is an excellent opportunity to talk about current environmental problems in marine ecology, including macro and micro plastic pollution, alien species and eutrophication. Our task is to create a healthy discussion about the current situation in the Gulf of Riga and the Baltic Sea, as well as to encourage participants to pay more attention to the impact that their everyday activities have on the environment,” said researcher Ieva Putna from the Latvian Institute of Aquatic Ecology. During the event, representatives of the institute gave sailors practical advice on what they can do at sea and also on shore to minimize their environmental footprint. Sailors were also introduced to the COMPLETE project, and they expressed interest in being informed about further activities.

Thirty-three leisure boats from the Baltic countries took part in the Gulf of Riga Regatta – twenty-two teams were from Latvia, eight from Estonia and three from Lithuania. The sailing route started in Rojas (Latvia), continued via Saaremaa (Estonia) and finished in Kuivizi (Latvia). 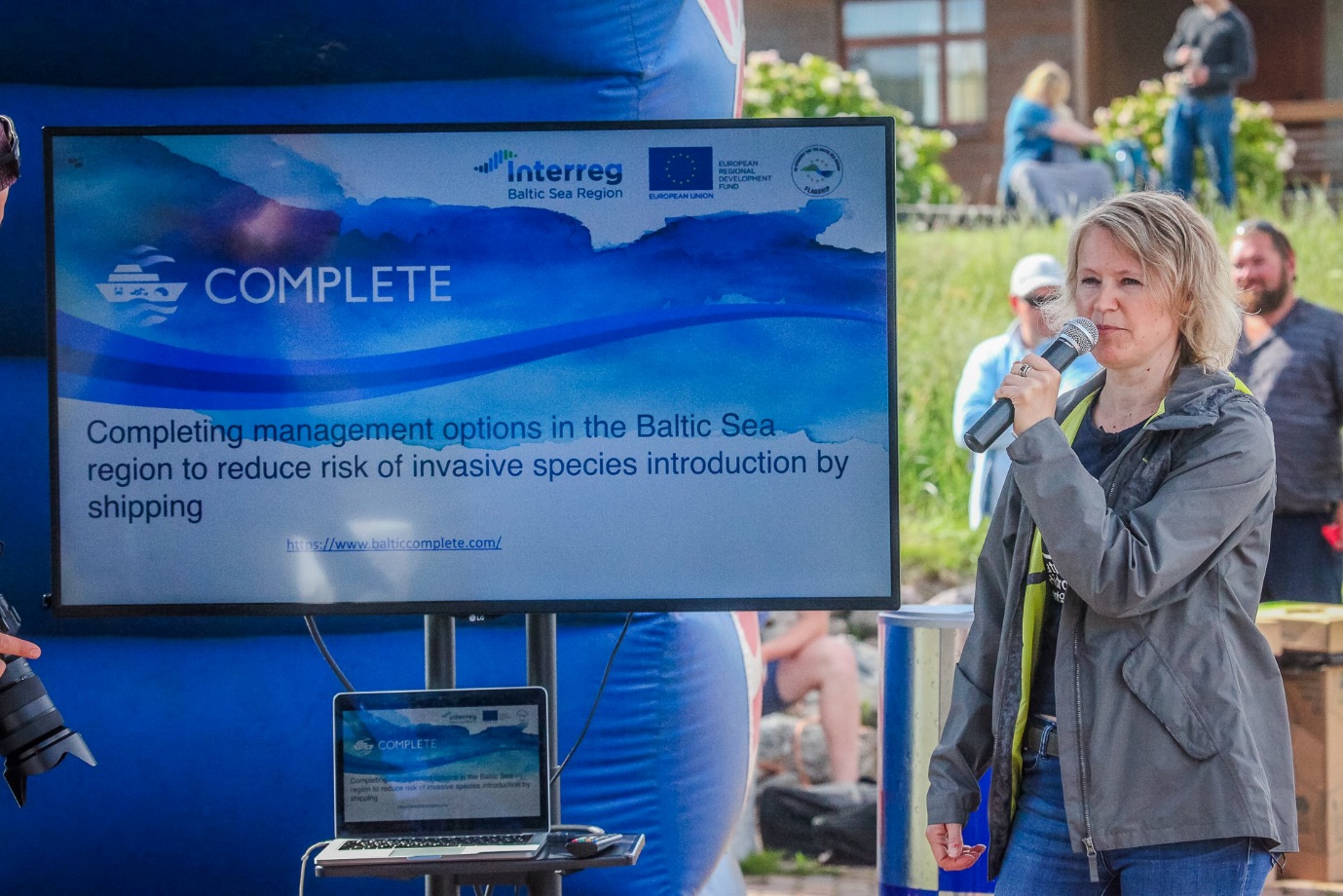 Solvita Strake from Latvian Institute of Aquatic Ecology giving a presentation about the COMPLETE project for the regatta visitors (Photo: LIAE). 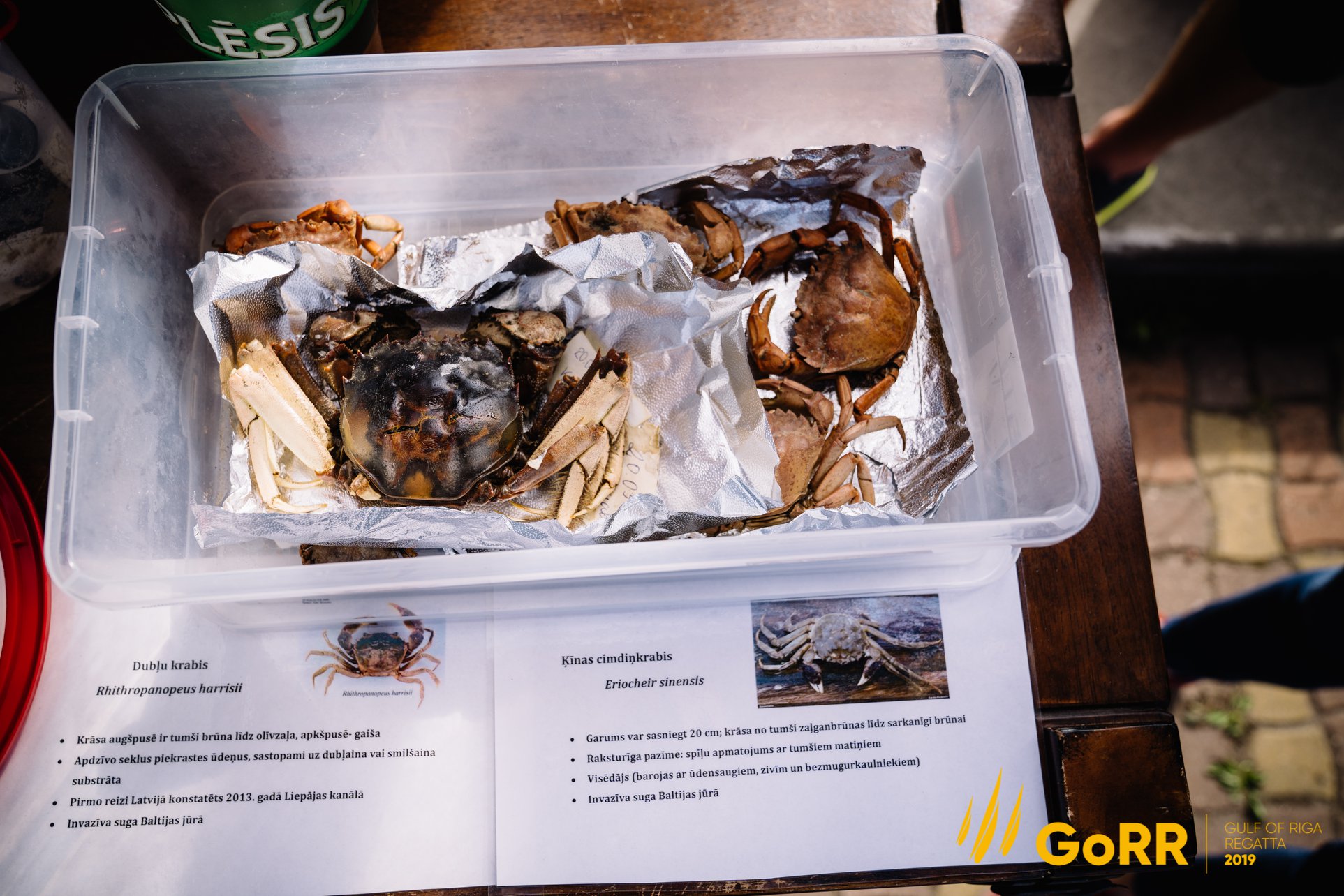 Guidance was given on how to identify some non-indigenous species (Photo: Gulf of Riga Regatta). 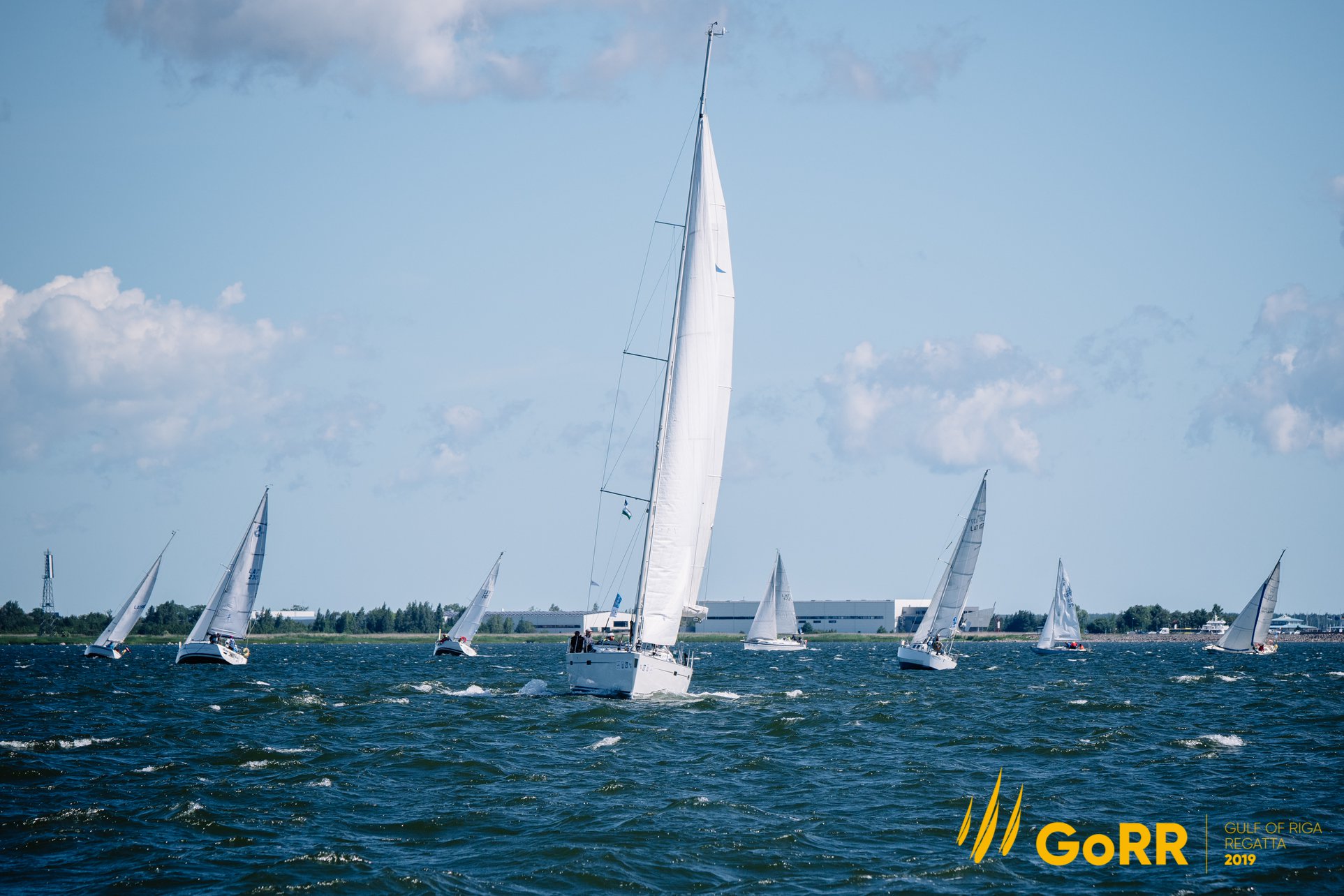