COMPLETE partner Chalmers University of Technology (CHALMERS) completed in April 2019 a one-year study on hull coatings, including the testing of cleaning forces with an immersed waterjet device. The tested coatings correspond to ship paint products, including a biocidal anti-fouling product (AF) and a non-biocidal foul-release coating (FR). Additionally, an inert anti-corrosive coating was deployed monthly to evaluate the fouling pressure, i.e. the amount of marine growth on an unprotected surface.

The coated static panels were deployed all year around near the Port of Gothenburg, west coast of Sweden. The intensity of marine growth was evaluated based on a U.S. Navy’s fouling rating. It grades the level of marine growth into eleven categories from 0 to 100, where zero is a visually clean surface, 40+ corresponds to hard fouling (encrusting bryozoans, tubeworms and barnacles), and a rating of 100 means that all types of fouling are present. Copper-biocide release rates were also evaluated on the basis of paint film thickness measurements.

Samples with biofouling (Photo 1) were tested for required cleaning frequency and forces using a calibrated immersed waterjet (Photo 2), which mimics in-water cleaning by divers or remotely operated vehicles (ROVs). Any wear or damage to the coatings should become evident from paint film thickness measurements, paint roughness measurements or visual damage to the coatings.

Results from this study, which will be publicly available at the latest by January 2020, will contribute to the development of guidance on anti-fouling practices for the Baltic Sea Region. 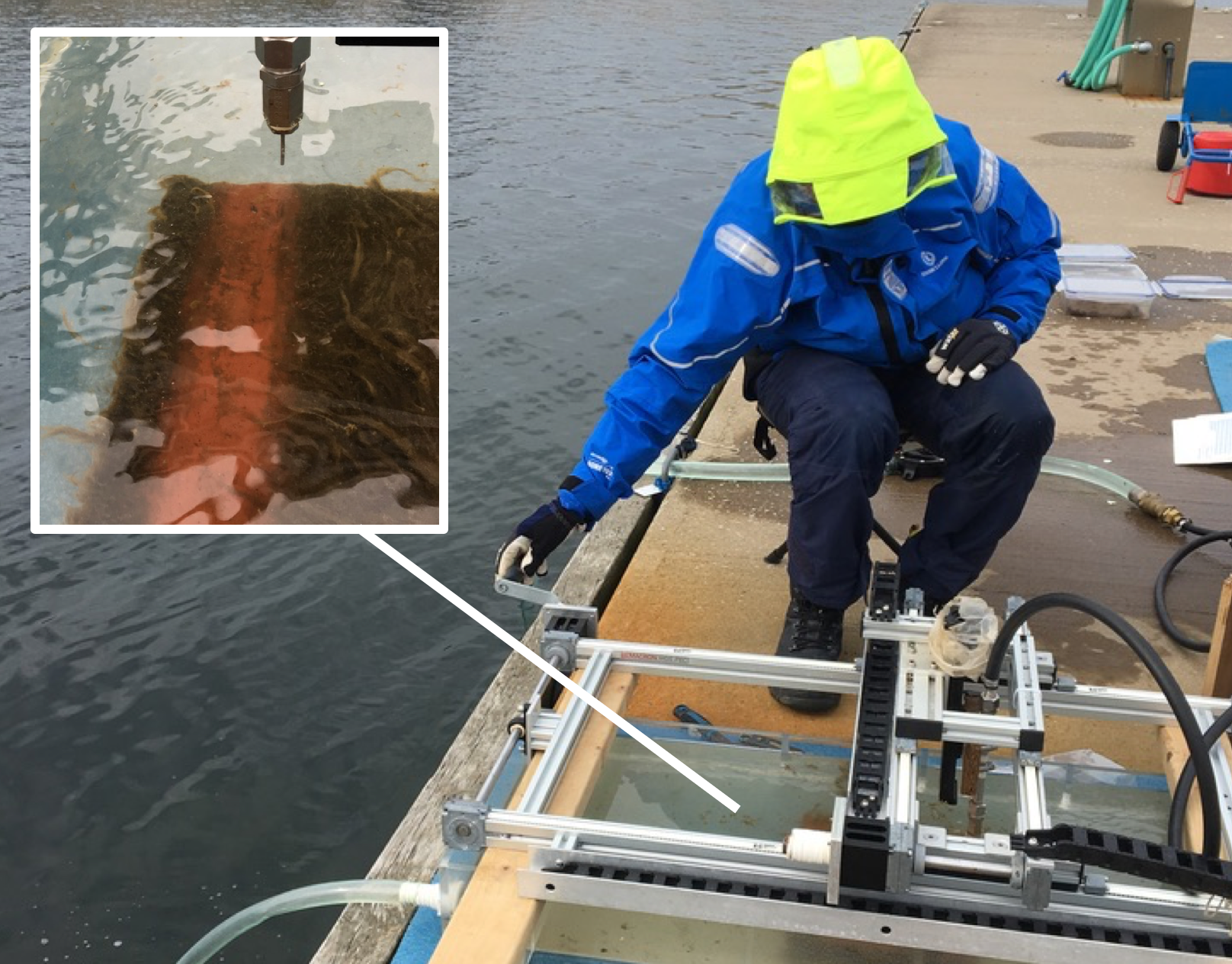